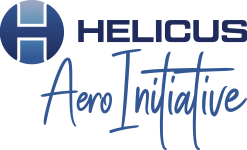 The SAFIR-Med executive event in the Antwerp Port House, organised by Helicus, brought together a multi-sectorial group of executives with keen interest in medical drone transport.

Together we discussed what healthcare requires and what unmanned aviation regulations are being designed, including the new so called “U-Space services”. As was commented regularly during the event, this was the first time that aviation manufacturers and regulatory bodies (supply) meet and interact directly with their end users (Demand). We received positive feedback from both Supply and Demand side actors, who appreciated the interaction at this scale and at this executive level. It was also much appreciated that the representatives from regulatory bodies actively took part in the debate and this at various levels: EU, federal, regional and local. From SAFIR-Med side, the organiser and the project partners were proud to make this multi-stakeholder interaction possible.

On 2/06/22 attendants witnessed an automatic urban medical cargo flight that delivered a parcel right in front of the audience. The flight made use of the famous U-space services provided by the various SAFIR-Med project members and operated by Helicus from a central Command & Control Center. They also watched the video report of a single centrally located operator Helicus, (Antwerp/BE) simultaneously commanded a fleet of 4 drones, each at different locations (in three countries): TUDelft (Valkenburg/NL), HyFly (Friesland/NL), flyXdrive (Eschweiler/DE) and SABCA (Antwerp/BE).

At EU level, the SESAR JU executive director and the director general of EUROCAE opened the conference. EC DG Move, EASA and Eurocontrol contributed with their senior drone representatives in the panels and discussions. The Belgian Prime Minister made the closing keynote, reflecting upon the steps taken since 2016, congratulating the project partners on their achievements and encouraging us all to jointly continue to make medical drone flights a reality also in more complex Western environments.

For those who want to have a recap of the event: the bios of the panel members and speakers, as well as their presentations can be found here: SAFIR-Med Antwerp event page.

Do keep an eye on the LinkedIn pages (link) for the next coming weeks. We will launch updates on the event, the project, the test flights and the different SAFIR-Med partners on a regular basis.

If we can support you in some follow-up actions or can get you in touch with certain persons or organisations, do not hesitate to contact us.